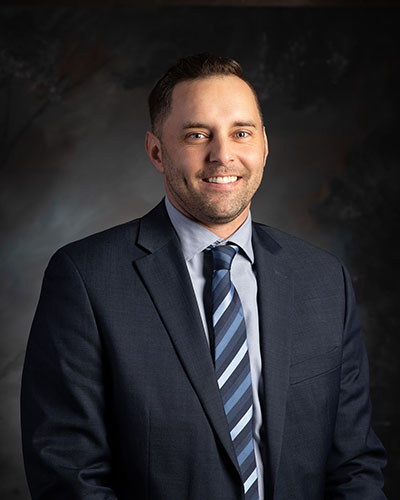 David West was born and raised in small town southern Alberta. Following high school he moved to France where he lived and travelled prior to moving to Calgary for university where he completed his undergraduate degree in Psychology (First Class Honours). He then spent several years in the not-for-profit sector working in various capacities with adolescents from disadvantaged backgrounds.

A decision to return to school took David to the University of Alberta where he completed his Juris Doctor degree. During law school David volunteered his time with Student Legal Services and Pro Bono Students Canada.

Following several years practicing law in Calgary and Okotoks, David has recently opened his own law firm in south Calgary where he practices in the areas of Wills & Estates, Family Law, and Residential Real Estate.

David shares a love of the outdoors with his wife, four children, and one very energetic Weimaraner named Tiki. Their adventures often take them to the mountains where they enjoy climbing, hiking, and camping. David is also an avid runner, with ambitions of adding to his marathon resume when time permits.

Your ticket for the: David West